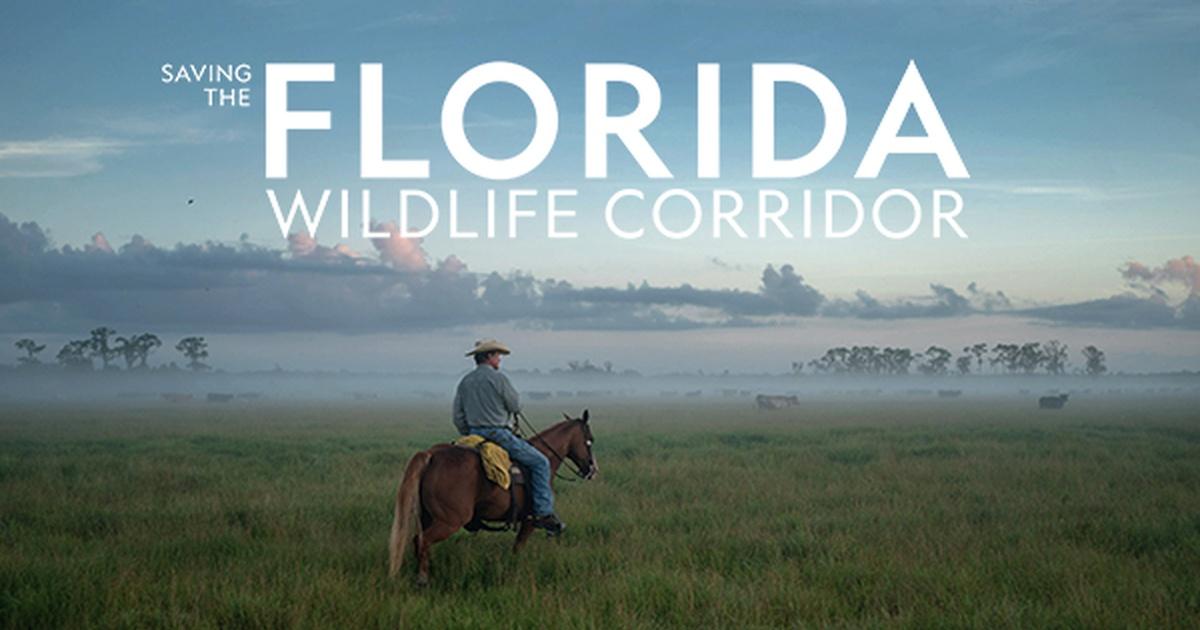 Florida Wildlife Corridor Foundation Calls For Nominations celebrates an important organization committed to conservation. When most people think of disruptive innovations, they seem crazy at first. Uber, but for walking your dog. Dating apps, but you can only swipe left or right. Hemp products, but without the high. The Florida Wildlife Corridor Foundation is on a mission to conserve what is left of wild Florida and is looking for your crazy ideas for innovation in protecting the Corridor.

The Florida Wildlife Corridor is an 18-million-acre geography stretching from the Everglades to Georgia and west to Alabama. It’s a network of habitat connections which sustain Florida’s best wild places, and it’s at risk of being broken. That’s exactly why the Florida Wildlife Corridor Foundation has recently announced its Accelerating Connections Award to call for creative and new solutions to permanently connect, protect, and restore the Corridor.

Up to five winning proposals will be eligible for up to $2 million total. The Letter of Interest portal will be open until July 1 and members of the Corridor Foundation are available to answer questions during that time period.

Those outside of conservation may be asking “where does my organization fit?” and that’s exactly the question the Corridor Foundation wants applicants to consider and why they’re reaching out across industries for these solutions.

A benefit of cross-industry innovation is that the patterns of thinking in most organizations are deeply rooted in the conventional wisdom of their own industry. In any industry, managers and strategists can fall into a rhythm of doing what’s always worked. This collective wisdom and experience is sometimes looked at as success amongst peers, but effectively prevents the transfer of ideas from other industries. Bringing in external thought leaders from other industries carries the potential to positively disrupt the pattern.

Until the recent announcement of the Accelerating Connections Awards, the Florida Wildlife Corridor Foundation and their conservation peers have done what has always worked: acquiring landscape-scale properties, with multiple NGO and Agency partners, one land parcel at a time. However, with the rapid increase in the pace of development, innovative solutions and collaboration are going to be key to the realization of a completed Corridor.

For the Accelerating Connections Award, winning projects may include novel approaches to finding willing landowners, leveraging private capital or donations for land protection, establishment of new natural capital market schemes, or other solutions no one has thought of yet.

The criteria for selection include:

Further, projects inclusive of underrepresented communities in the conservation sphere will be looked on favorably. Winners must be willing to present their project ideas and implementation success at future conservation industry summits or similar gatherings.

Now the question may be percolating, “why does it matter?” especially to those who live outside the state of Florida. Consider some of these facts before ruling out submitting ideas:

Climate resilience is the ability of a system to absorb stresses imposed by climate change and still function while adapting and becoming better prepared to handle future climate impacts. At the 2022 Florida Wildlife Corridor Summit, Betty Osceola (of the Miccosukee Tribe and owner of Buffalo Tiger Airboat Tours) shared tribal wisdom and reference Florida as the earth’s kidneys. That’s because wetlands, which are over 31% of Florida, sequester (or store) carbon dioxide from the atmosphere through photosynthesis. Nearly a quarter of all fossil fuel emissions of carbon dioxide end up in ecosystems like wetlands via carbon sequestration. This ecosystem service keeps the rate of ongoing climate change slower than it would be otherwise. As development increases in Florida, the risk of losing wetlands is a real concern, as the state has already lost 40% of this purposeful state treasure.

Florida’s Everglades is a thriving ecosystem that’s unlike anywhere else in the world. And while there is a total of more than 120 endangered species and threatened species listed by the Florida Fish and Wildlife Conservation Commission (FWC), there are approximately 39 native-to-Florida endangered or threatened species just in the Everglades National Park alone. Some of those include the Florida Panther, the beloved manatee, sea turtles, the Red Cockaded Woodpecker, and the Florida Scrub-jay.

Famous for its beautiful beaches, theme parks, and glorious warm weather, the Sunshine State is the fourth most-populated state in the US. Each year over 40 million people visit this magical state. In addition to the typical tourism, Florida’s springs, wetlands, waterways, and national and state parks are also treasured by its visitors. Everything is connected, and as green spaces and connections within the Corridor are lost, overtime so too will be lost the vast ecotourism opportunities.

The Florida Wildlife Corridor Foundation has been part of raising awareness of the Corridor with its expeditions and subsequent films since 2012. On July 1, 2021 the Florida Wildlife Corridor Act was signed with a unanimous vote that showed the wild support of the state to keep this treasure connected. The time to protect it is now and all are invited to be a part of this conservation story. To learn more about the Corridor Foundation, visit www.floridawildlifecorridor.org.